American Muslims have established many religious academic institutions in America specializing in the study of Islam and Islamic Sciences, its civilization and history. We recognize that religious education and guidance in the West requires a type of scholarship that in some ways is different from the scholarship available in Africa, Asia or the Middle East. Muslims living in the west face several challenges. In most Muslim communities, these challenges are being faced largely with the guidance of locally-trained scholars. In matters of religion, Muslim communities in the West have come to rely for religious leadership on Imams and scholars whose training is mainly rooted in the cultural and educational environment of their countries of origin. 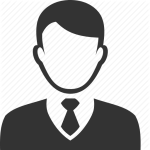